They had their start in children’s music through a weekly outreach preschool music programme they helped create, twelve years ago, which continues still – now running six weekly bilingual music sessions during the school term.

In 2019, the sisters recorded and released their first 13-track children’s music album, “Kākāriki: Simply Us” and to date have released a total of 129 waiata!

Their repertoire includes a 100-song collaborative project released in early May last year, with the ‘Pasifika Beatz’ team at Whānau Āwhina Plunket, thanks to funding from the Ministry for Pacific Peoples. This saw the duo release 10 albums in 10 different Pasifika languages, including Rotuman, Kiribati and Tuvaluan. The albums were created to support the amazing mahi the ‘Pasifika Beatz’ team do, in running preschool music programmes for Pacific Island whānau, through Auckland libraries, and more! It’s also an amazing resource that showcases the beautiful music and languages of our Pacific neighbours, and the action YouTube videos that accompany each song allows us all to learn about these languages and cultures in a fun and engaging way!

Between 2019-2020, Leah and Siu released a ‘Rainbow Book Collection’ of bilingual Māori children’s picture books, based on five of their original waiata. They also enjoyed taking Māori and Pasifika Music Time at four different schools, in Ōtautahi, last year, thanks to the Creatives in Schools programme.

The music duo enjoy running music sessions at local preschools and for Junior classes at local kura, as well as performing at children’s events around Christchurch, and beyond! They have also enjoyed connecting with other preschools/schools around the motu/country, via Zoom, and are looking forward to more performance opportunities, throughout the year.

It’s safe to say that even with all the challenges presented by the Covid climate, Loopy Tunes have ploughed through and continued to do what they do best! There are some awesome new waiata in the making, including a collaboration with the team at E Tū Tāngata and, all going well, maybe even another one (or two) new albums!! So, it continues to be a very busy time for the duo with more exciting times ahead. Thankfully, they LOVE what they do, and couldn’t imagine doing anything else!!

For “Guardians of Papatūānuku”

For “The Māui Dolphin”

Each month we update you on all things Loopy Tunes, and more! Just click on the YES! Button below to be taken to our sign-up page, and we’ll send you our latest issue. Happy reading! 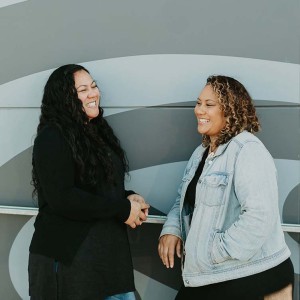